5 Magnificent Monuments of Delhi that are a tourist’s delight

Delhi is a place of rich history and splendid architectural fervor which is to be seen to be believed. One cannot get enough of what Delhi has to offer, be it the street food or its nightlife.

Delhi exemplifies rich cultural and historical heritage in a way no other city can.

Listed below are 5 of the monuments which are home to New Delhi.

This people’s choice monument is the go-to place for every Delhihite. Designed by a British Architect Edwin Lutyens, India Gate, standing at 42 meters tall, is a war memorial.

It is a symbol of our soldiers’ sacrifice and patriotism.
It contains the names of more than 13,000 soldiers on its walls made of red Bharatpur stone.

It is one such monument which represents Delhi on the travel and tourism map and is shown as the defacto symbol of Delhi frequently in Bollywood movies.

Under the India Gate Amar Jawan Jyoti – the eternal flame or the flame of the immortal soldier keeps burning to honor the soldiers who had sacrificed their lives during the India-Pakistan War of 1971.

The Lotus Temple will enchant you with its boundless openness and architectural beauty. It is a Baha’I house of worship.

As the name suggests, is in the shape of a Lotus flower.

Currently, there are nine places of worship, out of which one (Lotus Temple) is in India.
It has won numerous awards for its splendid architectural beauty.

The 27 petal-like designs with three in a cluster form the nine doorways opening into a central hall which is 40 meters tall.

Constructed on 26 acres of land and made of pristine white marble, the temple enjoys an abundance of visitors from all over the world every day.

Qutub Minar is a tall minaret based on Iranian architecture that forms part of the Qutub complex, a UNESCO World Heritage Site.
It is a towering 73meters tall tower consisting of five stories.

It tapers from 14.3m at the base to 2.7m at the very top.
The tower contains a spiral staircase of total 379 steps.

The lower three stories are made of red sandstone while the fourth is made of marble and the fifth and last one of marble and sandstone.
There is calligraphy as well as decorative motifs on the upper levels.

It is surrounded by the famous Iron Pillar of Delhi, which is known to have impeccable anti-rust properties.

Located in the South of Delhi, just 4 km from Qutub Minar, the Chhatarpur Temple is dedicated to the Goddess Katyayani.

If one is considering visiting a grand temple, then this temple would fit the bill. The temple complex is spread over 60 acres.

Offering prayers here is an experience in itself as this shrine opens in a large prayer hall, where religious discourses are held.

An old tree stands at the entrance of the main temple where devotees tie holy threads for wish fulfillment.

Another shrine of Goddess Durga is open to devotees morning to evening.

The temple has been built in both South and North Indian style of temple architecture.

Located in the center of Delhi and built in 1639 by the Mughal Emperor Shah Jahan, the Red Fort is famous for its red sandstone construction.

It served as the main residence of the emperors of the Mughal Dynasty for nearly 200 years. It is a UNESCO World Heritage Site.

It has an area of 254.67 acres, making it the largest monument in Delhi. It is enclosed by 2.41 kilometers of defensive walls.

The fort is octagonal in shape.

The beautiful marble, floral decorations and double domes in the fort’s buildings exemplify the Mughal architecture.

Every year on the 15th August, the Prime Minister hoists the Indian flag at the main gate of the fort and delivers a nationally-broadcast speech.

The temple, which attracts approximately 70 percent of all the tourists who visit Delhi.

There are many other monuments which will enchant your eyes with their architectural beauty but there is one which remains the star of the show.

If there is one temple which defines beauty, grandeur, and holiness all at once, it is the Swaminarayan Akshardham Complex, also called Akshardham.

It showcases the essence of India’s ancient art, traditions, and wisdom.
It is a famed, global tourist spot which holds the World Record for being the world’s largest comprehensive Hindu Temple.

The main attraction is the Akshardham Mandir at the center of the complex, which was built according to Vastu Shastra.

Featuring a blend of architectural styles, it is entirely constructed from Rajasthani pink sandstone and Italian Carrara marble and has intricate carvings of dancers, musicians, and deities.

It is not only a spiritual center but also a cultural one, as it contains 3 beautiful exhibitions for the public, namely –

Apart from these, there is a musical fountain show which is played to an audience and also a thematic garden.

In order to have maximum lifespan the grand, ancient-style temple makes no use of Ferrous metal, in line with traditional Hindu architectural guidelines.

Thus it has no structural support from steel or concrete making it all the more appealing from an architectural point of view.

Mere reading doesn’t do justice to the beauty of these monuments, one must take out time and visit them to experience their true grandeur.

Must know tips for first time home buyers in India 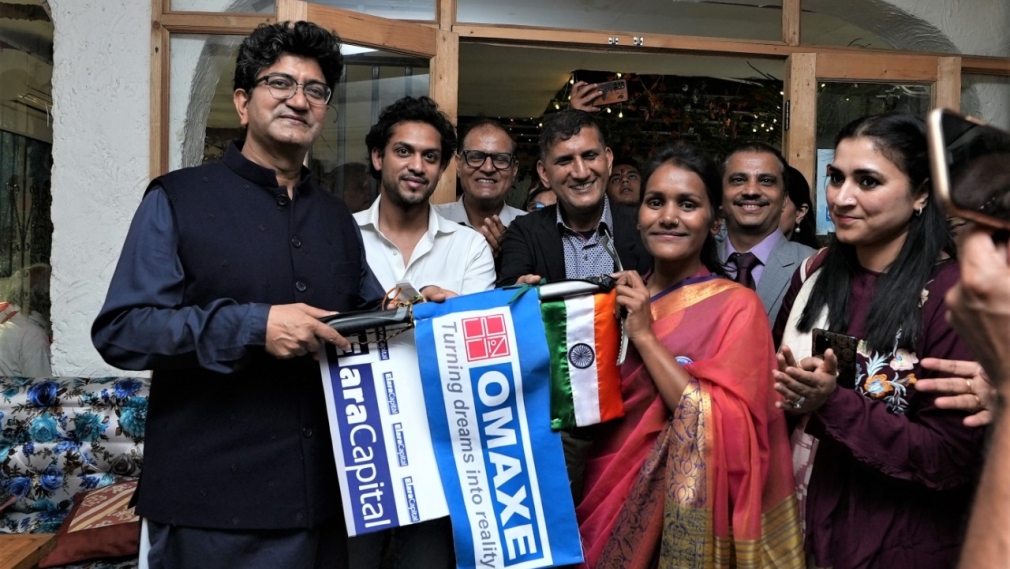