Why Allahabad Is The Place To Invest In Property

Prayagraj, for long known as Allahabad, is a smart city in making. It is ranked among world’s fastest growing cities and is also the 7th most populous city in Uttar Pradesh. Considered one of the holiest cities, it is located at the confluence – Sangam – of three rivers Ganga, Yamuna, and mythical Saraswati. Sangam gets the city its name – Prayag – meaning a venue for offering.

Prayagraj is located in the southern part of Uttar Pradesh. The city is known for its colleges, research institutions and offices of the central and state governments. Tourism is a major source of income. Besides, real estate and financial services are contributing substantially to city’s economy.

If you are fascinated by city’s charm and intend to invest in some form, there are strong reasons for doing so.

It’s one of the best cities in this part of the country in terms of connectivity and infrastructure. Besides its own airport, there also airports in Varanasi, Lucknow and Kanpur – the cities that are well connected by road with Prayagraj.

Allahabad railway junction is one of the prominent railway junctions in north India. Headquarters of North Central Railway Zone is located here. National Highway-2 passes through the city. The new bridge over Yamuna, is India’s longest cable-stayed bridge and connects the city with suburbs of Naini across the river. National Waterway-1 connects Allahabad to Haldia in West Bengal.

A metro-rail project is also being planned for the city. As part of the smart city initiative, much work is being done to improve transport facilities.

Prayagraj boasts of a rich literary and artistic heritage. Tourists from all over the world flock to the city for visiting historical, cultural and religious sites. Alfred Park, Victoria and Thornhill Mayne memorials, Minto Park, Allahabad Fort, Ashoka Pillar and Khusro Bagh, are among the important historical sites in the city.

Nevertheless, the famous Kumbh Mela, is the largest congregation in the world and is hosted in the holy city. Triveni Sangam and All Saints Cathedral are other sites of interest.

Several cultural attractions, include Allahabad Museum, Jawahar Planetarium, University of Allahabad (the oldest university in the state) and Prayag Sangeet Samiti. There are also several sports complexes used by amateur and professional athletes.

For a city that has all the factors of growth in its favour, opportunities are immense. Lively, geared up and ambitious, Prayagraj is one of those centres which investors are looking for in near future. Real estate being a leading promising sector, is a natural choice for investment. Demand for residential and commercial properties is an indication of growth of the sector in near future.

Investing in property in Allahabad (Prayagraj) looks a reasonable decision. As a proposed smart city, the city promises modern facilities. Omaxe, the most trusted brand in real estate, has strong presence in Allahabad. Omaxe Aananda – the high-rise apartments being built by the group are among the best properties in the region. Omaxe Shiva is another project along the banks of the river. While you may have always considered the city important for its cultural and spiritual strengths, it’s time to understand that the city also means business. These real estate projects come with modern amenities and architecture and equate with the best of projects in Indian metros. 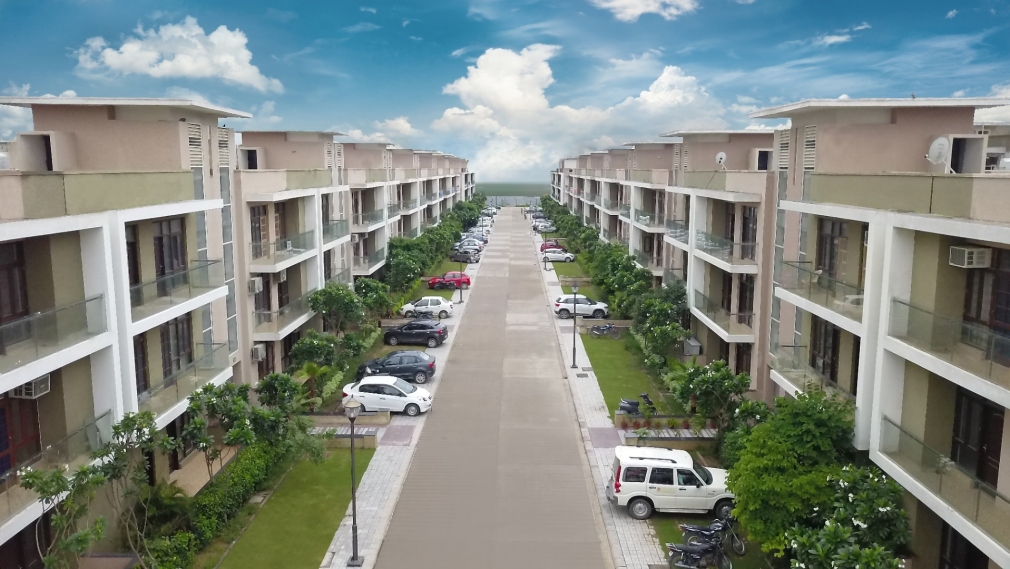 Penthouse For Sale in Chandigarh

Live lavishly With The lavish Penthouse In Ludhiana City