Lucknow is the largest city and capital of India’s most densely inhabited state, Uttar Pradesh. Renowned as the ‘City of Nawabs’ for when it was the bench of power of the Nawabs of Awadh in the 18th and 19th centuries, the New Lucknow today is a vital city in terms of economic profile, properties and leading industries. Lucknow is the heart of art, cuisine, dance, culture and the music of North India. It is a sub frame of the Hindu-Muslim-Sikh symbiosis that has made India prodigious. Thus, Lucknow is a synthesis of Urdu, Hindustani, and Hindu languages. Since many centuries the city has been historically significant.

The key points in the historical imagination of Lucknow city that has been addressed thus have strong spatial connotations. Lucknow’s bifurcation into ‘old’ and ‘new’ cities is suggestive of its urban development as a model colonial city across the banks of the River Gomti, New Lucknow faces off with Old Lucknow and life on either side gates according to different philosophies of interplanetary, instruction, and ethics. The distinction between the old and new cities remains highly prominent for the residents. Migrants are said to be settled on the new city margins; the old city is seen by many as the city of Tehzeeb and a place where its graciousness is shielded.

Recently, the poorer urban migrants to Lucknow have reshaped life in the Aminabad Bazaar area of old city and are living more openly in apartments of the new Lucknow city. The Aminabad section of the old city grew in the 20th century with the influx of emigrants; it contains the highest proportion of Hindus among the tree old city neighbourhoods. Hazratganj is the newest bazaar of the old city and remains home to Lucknow’s most luxurious retail real estate, whereas the Chowk area is a hub of wholesaling and, as Lucknow’s oldest bazaar, is dotted with the monuments of the nawabs. And the new gomti nagar extension is an area in the North Indian city of Lucknow consisting of both residential and business settlements. It is one of the largest and upcoming areas of Lucknow. Gomti Nagar has a population of over 500,000. It is a planned and organised settlement developed by Lucknow Development Authority (LDA). Gomti Nagar and Gomti Nagar Extension jointly is the largest well planned developed townships of India. It is home to high-end premium suburban projects, malls, IT parks, commercial property, SEZs, plots, universities, business centers, multiplexes, clubs, banks, food courts, entertainment centers and financial institutions. The colonies in Gomti Nagar extension are based on a ‘maximum open space’ ideas hence most of the plots/houses are park-facing.

Presently, the south Lucknow seems to be the most dynamic part of the city. This major shift in urban growth has likely been triggered by the development of Lucknow as an educational hub, a string of technical training institutes and universities, including Babasaheb Bhimrao Ambedkar University and Ram Manohar Lohia National Law University, were established in southern Lucknow around the 2000s. This led not only to an increase in edifice bustle in this area but also to a reinvigoration of scholarship at more traditional institutions in the old city.

Likewise, the new Lucknow city has also topped the second list of 13 cities that will avail the benefits of the government’s Smart Cities Mission.Besides that, new projects such as the Lucknow-Agra Expressway, Lucknow-Azamgarh Ballia Poorvanchal Expressway, and the metro rail seek to offer world-class infrastructure to the ancient city. Thus, it will carry the legacy of Hazratganj, Rumi Gate and Bada Imambara and can zip through the city at 90 kmph with new metro connection.However, in terms of connectivity, Lucknow is already well-linked to the rest of the country, including major cities like Kolkata, Mumbai, Delhi, Hyderabad, Bangalore, Patna, and Varanasi via road, rail, and air. Therefore, it is a proud moment for the Lucknowites to witness the commencement of the Lucknow Metro in such a short span of time. The Metro is one of the steps to turn Lucknow into a Smart City.

Lucknow is a key pecuniary base in north India and a noteworthy trading city. Important areas embrace leisure industry, edification, health services, aerospace, business, pharmaceuticals, design, and ethos.The new Lucknow city has to offer a unique feature to its travellers, which is a perfect combination of its rich civilizations and the modern growth of new-mannerisms. The same is its USP.

So, Living the Singapore Lifestyle is now no longer a distant dream for Lucknowites. As Omaxe, brings you the most affordable yet stylish housing complex, Grand Omaxe is not only a sensation but also intertwined and stuffed with facilities that redefine metro like living in New Lucknow City. Located on the deliberate Amar Shaheed Path, Gomti Nagar Extension in Sector 7; Grand Omaxe is spread across approx. 11.11 acres.

It is the most amazing Renaissance housing complex in Lucknow city!

With options of 2BHK ,2BHK+study and 3BHK across 1125 sq. ft.,1250 sq. ft. and 1450 sq. ft. Also, Grand Omaxe has a central park consisting of club, swimming pool, a covered jogging track, sufficiently large open and green surrounding etc. are amongst the many other unique amenities that will make living in Grand Omaxe a delightful experience. Each apartment in Grand Omaxe is premeditated to offer maximum space utilization with advanced architecture. (The project is registered under RERA having RERA numbers UPRERAPRJ775, UPRERAPRJ1181, UPRERAPRJ1550, and UPRERAPRJ809).The new version of Lucknow is a fast-growing and mechanizing city with a government that is eager to promote the business interests and properties in the city. Therefore, the properties in Lucknow and the new investments along with the government inducements have propelled the development of a rapidly diversifying economy. Hence, Omaxe promises to provide you the full feeling of the new and old Nawabi city at the same place at a sensible price. 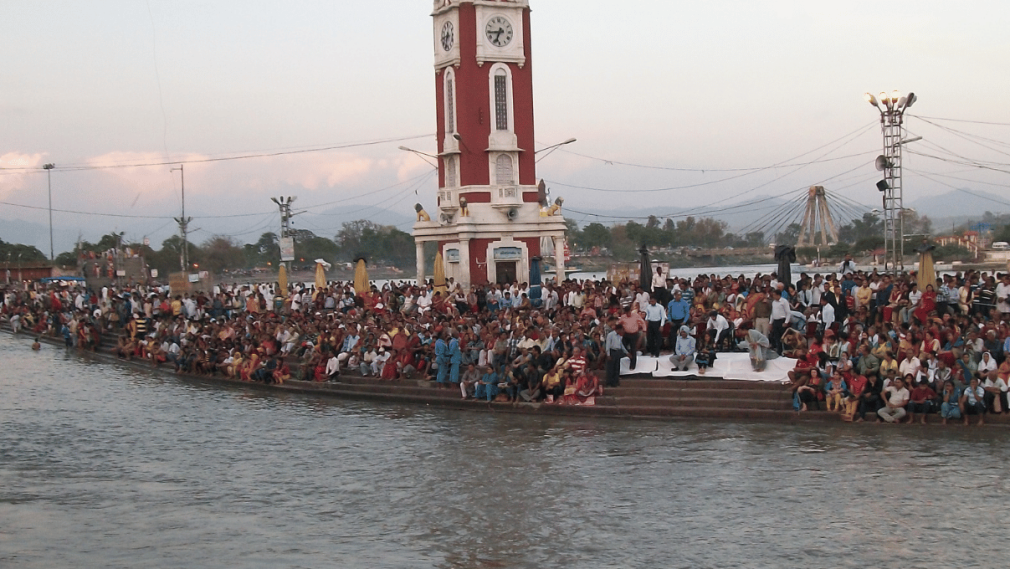 Amazing Places You Must Visit In Prayagraj During Kumbh!